CASE STUDY: My obese gay patient just told me he is a Bear. 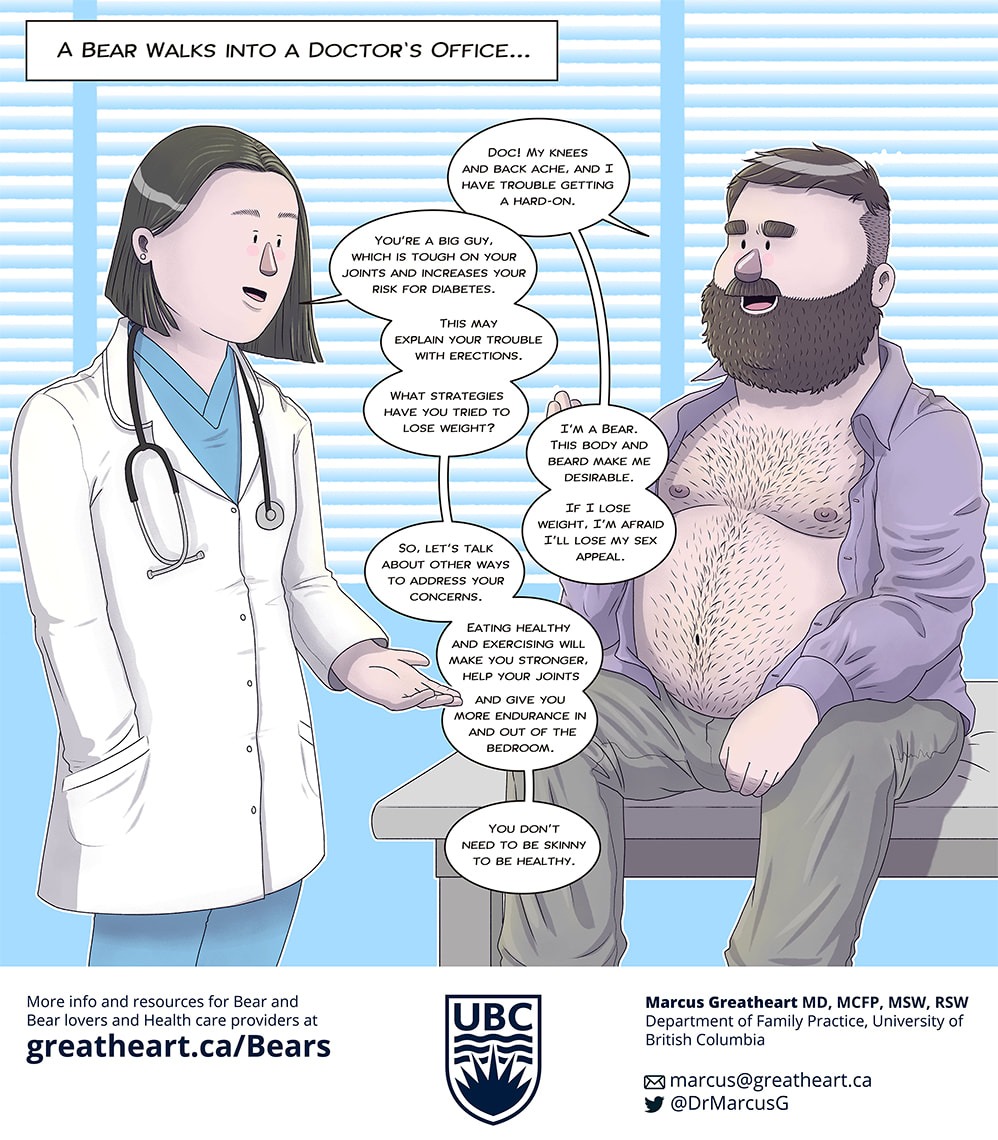 What is a Bear?

Bears are a sub-group of gay men generally identified by their larger body size, and facial and body hair which connects them to community and with sexual partners. In the medical clinic, they are frequently seen as obese men at increased risk for cardiovascular disease and diabetes.

These men have likely heard plenty of societal messages and health providers saying they are fat. While weight loss may be a goal for some patients, consider instead addressing the sequelae of large body habitus as a strategy to build trust as a non-judgemental provider.

Medical education about gay men is commonly limited to risk of HIV, STIs and substance use. These men need all the same age-related screening as non-queer patients.

Together with artist & designer Horacio Abdala, we created this case study in the forms of a graphic dialogue between a Bear named Mac and his family doctor.
Mac shares with Dr. Chan his concerns about knee and back pain, and issues with erections. Joint pain impacts his daily life in general, and often interferes with mobility in the bedroom. He understands that his body size puts extra stress on his body.
Regarding his erectile dysfunction, Dr. Chan explains there are a number of potential causes including diabetes and heart disease, and psychological issues like performance anxiety and depression. In some men, the excess abdominal fat may produce estrogen and affect testosterone levels.
Dr. Chan commonly screens gay and bisexual men in her clinic for sexually transmitted infections, depression and anxiety, substance use disorders and tobacco use. In recent years she is managing HIV among positive guys, and prescribing PrEP for HIV negative people.
Just like all men over 40, Mac also needs screening for diabetes, high blood pressure and cholesterol. When he turns 50, he’ll be screened for colon cancer, in addition to an anal Pap test for HPV.
As Dr. Chan says, he doesn’t need to lose weight in order to be healthy. In fact, she learns that Mac has tried many times and struggled, and thinks a focus on getting healthier is better in the long run.
By managing his blood pressure and blood sugar, eating nutritious food, and getting some exercise he will likely see improvement in his everyday activities as well as his nighttime endeavours.

Screening by age and risk factor 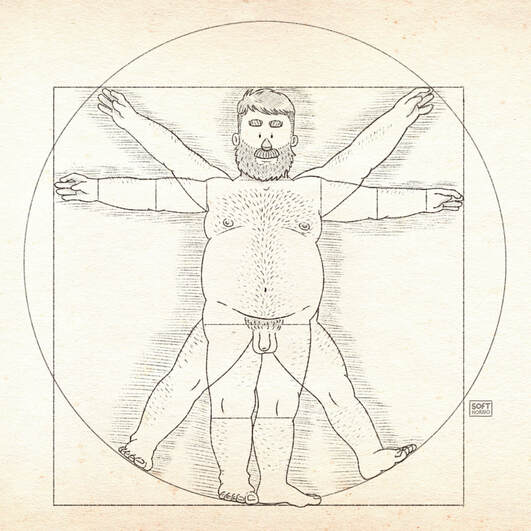